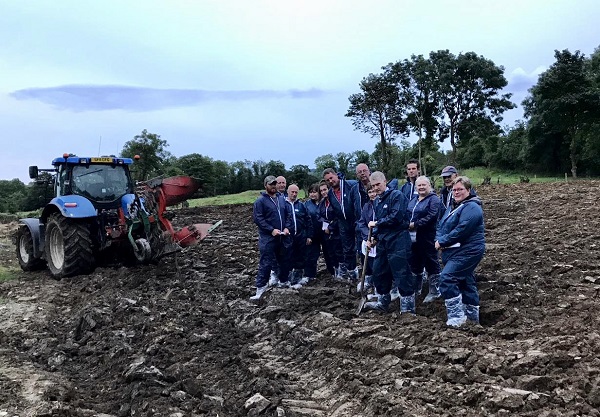 Reseeding is an activity on the farming calendar associated with late Summer. The Markethill Sheep Business Development group met recently on Sean Deighan’s Farm near Whitecross to discuss the practicalities and benefits of reseeding.

With ongoing concerns amongst many sheep farmers about poor post weaning performance of lambs, regular reseeding can give a significant performance boost and reduce the reliance on expensive concentrate feeding.

Sean outlined the management of the fields he is reseeding this year. Soil samples were taken to identify soil fertility deficiencies before the fields were sprayed with Glyphosate to kill the existing sward and any weeds present. The group discussed the vital importance of lime to allow a better uptake of nutrients from the soil and to create an optimum environment for the newly sown grasses.

Ploughing was well underway on the evening of the meeting and it was explained the importance of not ploughing too deep as this can have a very detrimental effect on the subsequent reseed. The intended cultivation techniques were outlined before sowing a 35kg per hectare perennial ryegrass mix.

Group members also discussed the merits of White Clover being added to the mix usually in the form of 2.5kg of the 35kg/ha of seed used. Well managed swards containing white clover improve lamb performance compared to perennial ryegrass only swards.

The seed selected for the two fields was mainly late heading diploid perennial ryegrass varieties which are best suited to grazing, providing a dense sward that is easier to manage. 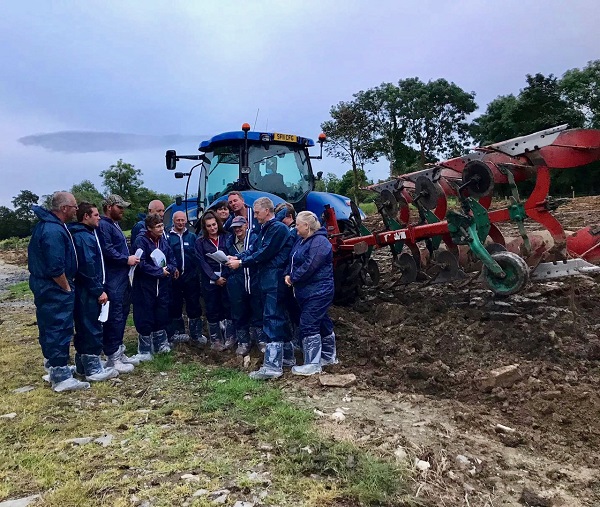 Other methods of improving lamb performance were also discussed , including the use of forage crops which could be sown in early May and be ready for grazing in July just as lambs are being weaned. Some group members had already sown forage crops and concluded they were very worthwhile.

The effect of excellent forage management was evident when key sections Sean Deighan’s CAFRE benchmarking gross margin figures were discussed.  The figures provide an invaluable insight into the core of the enterprise and created good discussion, debate and learning. Brian Hanthorn thanked Sean Deighan for hosting the meeting and for the farmers for attending and sharing their experiences.