News > Paddocks – “the only way to graze sheep”

Paddocks – “the only way to graze sheep”

Enda McLernon, along with his father Peter run a flock of approximately 200 ewes outside Randalstown on the shores of Lough Neagh.  The farm also supports a broiler breeder poultry enterprise which was started by Enda in 2015.

Enda is an active participant of his local Sheep Business Development Group (BDG) which is now into its third year. He has adopted many technologies in an attempt to make his farm more efficient and shares his experiences during group discussions, which is invaluable.  The younger group members greatly appreciate Enda’s honesty and openness regarding what’s going on within his own farm. The experiences, both good and bad!

Some of the technologies that Enda has adopted  are  regular  soil testing as  he applies poultry litter to correct fertility levels on particular areas of the farm, blood sampling of ewes to determine mineral status and the need for supplementation prior to tupping, silage analysis to determine winter feed requirements and improving grass utilisation.

Improving grass utilisation through paddock grazing has provided the greatest benefit on the farm, and more noticeably during the current drought conditions.  Enda and Peter are both great believers in the paddock system and have been operating a relatively easily managed simple paddock grazing system for 15 years.

They have 7 paddocks measuring approximately 2 acres each. The 170 ewes and lambs are moved onto a new paddock every 3 days or when the grass is eaten down to 4cm. There is flexibility in the system to allow 2 day or 4 day paddocks depending on grass growth.  Enda understands that pre and post grazing heights are very important to maximise grass growth and to maintain grass quality and tries to move the flock into grass around 8-10 cm in height and out again at 4-5 cm.  Enda skipped paddocks in the rotation this summer as grass growth was so rapid. He baled the surplus grass in these paddocks and this enabled him to graze at the proper sward height.

Due to the abnormally dry conditions during July, grass growth slowed dramatically Enda weaned the lambs 2 weeks earlier than normal giving them priority over the ewes to graze grass. 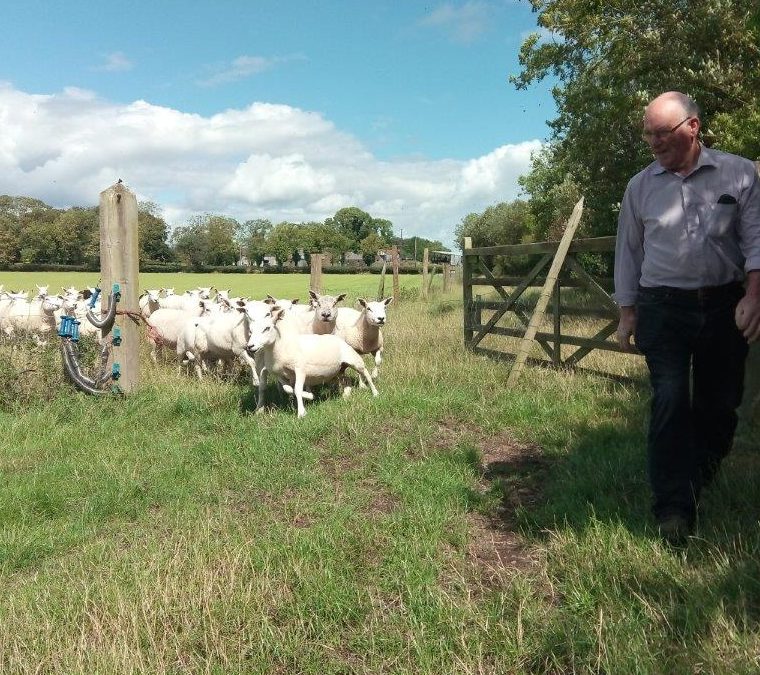 Peter McLernon moving ewes between paddocks
on his farm near Randalstown

Peter agrees that some farms are not suited to paddock grazing but cannot understand why those which are suited, don’t use paddocks.  He says “it’s the only way to properly graze ewes.  The dairy man next door has done it for years so why can’t I”.  Other farmers are put off at the thought of shifting sheep every 3 or 4 days but Peter counters this and says “It takes me 5 minutes to shift the sheep from one grazing paddock  to the next. They get used to being moved and when grass is eaten down to 4 cm, it’s actually harder to keep them in the paddock than to move them out of it. At my age I’m not fit to run around a 10 acre field after ewes anymore”! 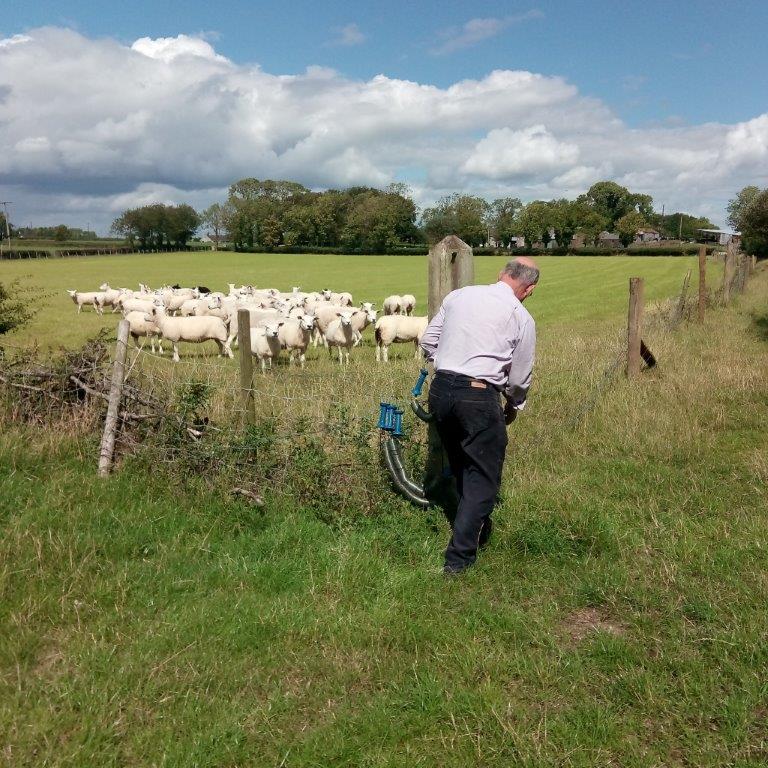 Paddocks are here to stay on this farm and this father and son team are not afraid of change when it’s needed.  Enda and his father benchmark annually and they find that it helps them to make sound business decisions.